Plant a tree in memory of Norman
An environmentally-friendly option 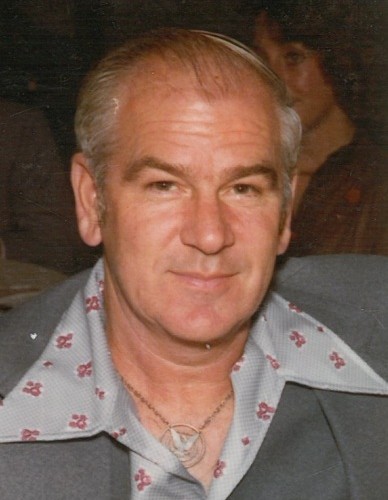 He was born on April 2, 1931, in North Andover and built close friendships with his chums in his neighborhood that lasted a lifetime.

Norman was a proud Korean War Veteran, serving in the U.S. Army from 1951-1953.  He was employed first at J.P. Stevens then Chemineer Kenics, both in North Andover until his retirement in 1993, when he took up golf and fell in love with his favorite new pastime.

Norman and Carol spent 30 summers at Bow Lake in Strafford, NH where Norman endlessly splashed around in his motorboat, tried like the dickens to catch a single fish, and was the primary consult to any construction of docks, decks, porches or fireplaces for other campers.  He is remembered lovingly as the guy who could fix anything.

Plant a tree in memory of Norman by clicking here.
To send flowers to Norman's family, please visit our floral store.

A service summary is not available

Plant a tree in memory of Norman
An environmentally-friendly option

Plant a tree in memory of Norman

2 trees planted in memory of Norman

Not only were Carol and Norman our wonderful neighbors for over 30 years .but they were our good friends. We did for each other as friends do.,I will miss Norman on his ride on lawn mower. He was a wonderful man and was surely loved.

I have this memory of Uncle Norm using a new camera to record people arriving for a party/gathering at Uncle Richard’s. We watched a playback later that day and in the video, he never said a single word. He made no comments, didn’t introduce who he was filming - just an hour of silence and video of relatives arriving. He was always the “quiet uncle”. 🙂 RIP Uncle Norm. Prayers and blessings to Robin, Scott, Tracey and the rest of the family. Say hello to Ray & Clair for me! 💜

I have so many memories of my dad. He was amazing. A quiet man who I called McGavier. He could fix anything. I loved him with all my heart.  I will miss him so much
Take care of mom and no fighting. Love you Robin

Our love to all,
Deb, Garbo, & Molly
Deborah Gallagher

A Memorial Tree was ordered in memory of Norman Cruickshank by Deborah Gallagher.  Plant a Tree

We couldn’t ask for better neighbors than Carol and Norman. I will miss his smile and wave, and watching him get the mail on his lawn tractor!

Plant a tree in memory of Norman